Dollard des Ormeaux (also knows as DDO) is located on the West Island. It is bordered more or less by Brunswick Boulevard (Pointe-Claire) to the south, the Bois-de-Liesse nature park to the east, Sommerfest Street (Saint-Laurent) to the west and Pierrefonds-Roxboro to the north. A well-to-do town independent from the rest of Montreal, DDO's population is mostly anglophone. The neighbourhood, with its houses and condos, will interest people who want to live in a calm and peaceful area while still living on the island.

A neighbourhood that developed mostly after the war, DDO has always maintained its autonomous spirit, as was exemplified by its decision to gain independence from Montreal in 2006. 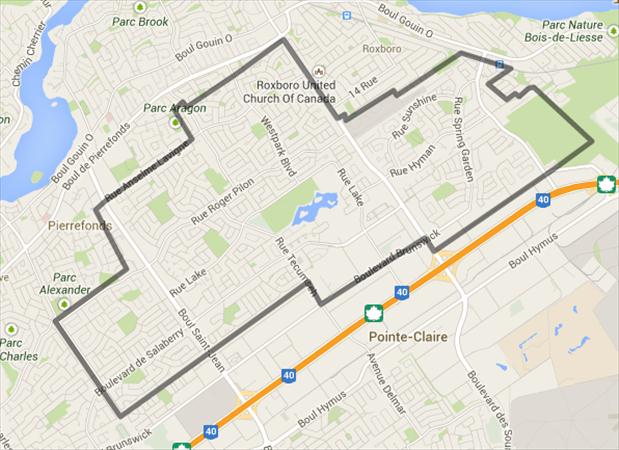 See the boundaries of Dollard-des-Ormeaux in Google Maps.