Oh no. The Plateau has become too popular. The word is out that it's cool. And now uncool people are moving in, trying to be cool. Eeep! said the hipsters. Too mainstream! Run away! No true art comes out of a place that has gone stale! But wait, don't go too far, because my skinny jeans don't allow for rapid movement...

And thus the hippest of the hip migrated slightly north to the Mile End.

It's kind of like the Plateau, but distilled. But honestly, if you don't already know this, I can't really help you, because by the time you're done reading this the hipsters will have moved on and set up camp elsewhere. At the speed they've been gobbling up Montreal neighbourhoods, I give it a few months before they've settled on the banks of Laval, started canoeing and called it utopia. But so I digress.

The Mile End isn't touristy. The popular places here are actually frequented by the funemployed local populace. So here are some of the things that you'll encounter in the Mile End (for now...) 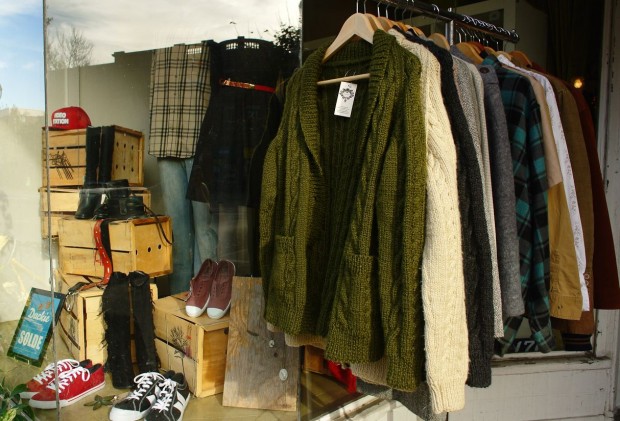 The three main demographics in the Mile End are hipsters, lesbians and Hasidic Jews. Although perhaps disparate sounding, you'd be surprised at the impressive beards sported by the vast majority of both the hipsters and Hasidic Jews (and lesbians on the way to their favourite drag shows). The androgynous hipster look sported by men and women also makes it hard to distinguish between genders, which is like, totally cool, because the gender binary is so 1990's rom-com. If you find yourself feeling self-conscious about all the babes, don't even worry. You're a babe too. Just cut off your hair. Good. Now go buy some vintage leather at Citizen Vintage. Even better. Now get a cool record from Phonopolis and carry it around. Getting there. Now put on your mom's jeans from 1995. Perfect. You're now ready for a night out mini-bowling at Notre-Dame-des-Quilles, or an afternoon spent lurking behind your Macbook at Le Cagibi.

All these quirky, affordable dwellings

You've sucessfully loitered at enough hip spots to make some friends. And you're surprised to see how quickly people invite you over to their place. Like, almost right away! You go do some groceries at the local organic grocer's, pick up some beer, and go hang out with their friends. Rent is cheap, and even condos, which are expensive compared to the rest of the city, are laughably cheap compared to any other big North American city. Most condos aren't in big complexes complete with pool and pet spa, but rather maximize residents' usage of the neighbourhood around by making the neighbourhood itself stand in as your amenities package.

Then you're tripping over artists

The Mile End has the most artists per capita of anywhere in Montreal. That's why people all look so different from each other and have such unique style... And, as befits underpaid artists, many of them are flat broke most of the time. But because rent is so cheap in Montreal, this doesn't really affect their lifestyle much. It leaves much more time for walking around and getting inspiration for their next mural on the back of a warehouse or their next two-storey sculpture of a coffee cup that represents how we are all slaves to capitalism and caffeine. Or something. Many old warehouses at the corner of Van Horne and Waverley have been converted into creative workspaces and studios where some of Montreal's most notable artists work.

How did this happen? ---You're a slave to capitalism and caffeine

Ok ok we live in a society where if you want something you have to pay for it, especially shade-grown coffee beans all individually kissed at the time of picking because plants have feelings too and brought overseas by rowboat so as to cause no carbon footprint. But man, Mile Enders love that stuff. And they love socializing with each other and soaking in each other's good-lookingness, so naturally, Mile-End has a lot of cafes. We've got Olimpico and Caffe Gamba that are definitely the most popular, and if your budget doesn't extend to a daily 4$ latte, allow me to recommend carrying around a mason jar full of homemade, fair trade coffee. Even better.

The Mile End is so small, you can walk around it, no problem. No need for a bus pass or (shudder) a car. If you do want to get around quickly, you can just bike around like everyone else. But all this exercise will make you really hungry. So stop in and have one of Montreal's famous bagels at either Saint Viateur Bagel or Fairmount Bagel, and end the bagel wars once and for all by deciding on a favourite. Go to Boulangerie Guillaume because c'est le Quebec! And one must nod to the French thing and eat some pastries once in awhile. For a meal you'll have no problem finding something that isn't corporate and probably thinly-disguised plastic, because the multitude of ethnic groups in the area ensure that you'll be able to find greek, italian, quebecois, and more fare. A nostalgic type? Stop in at Wikensky's, the restaurant you might recognize from Mordecai Richler's The Apprenticeship of Duddy Kravitz.

You're finally starting to understand all those Grimes videos

Walking around the Mile End, picking up on the vibes, things just start to come together and make sense. You suddenly realize you were put on this earth to make electro pop and wear strange gems on your face. The Mile End has helped bolster the fame of such acts as the Arcade Fire, Grimes, Plants and Animals, Sean Micheals, and Adam Gollner. The venues in question? Local staples such as Casa del Popolo and The Sala Rossa, of course. Want to dig the indie vibe even more? Go to local loft parties to see what the up and coming djs have to offer, and stand awkwardly around like all the other PBR-toting hipsters who are way too cool to bust a dance move, even an ironic throwback one.

Whatever. I have nothing else to say. I'm totally over this article. 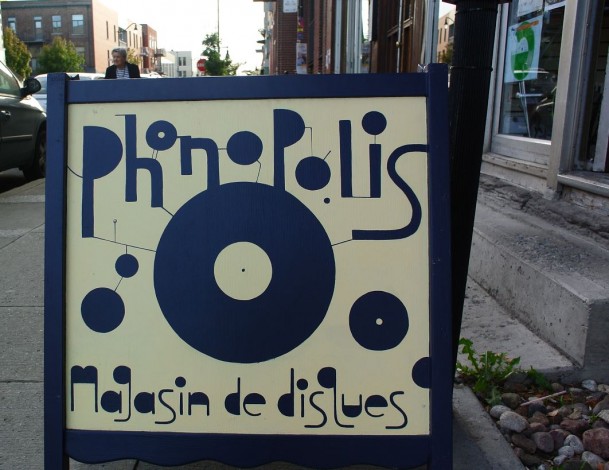