More or less bordered by Masson and St-Georges streets to the north, Frontenac to the east, Sherbrooke to the south and Parc and Hutchinson to the west, the Plateau Mont Royal (simply referred to as The Plateau) is one of the most hip and popular areas of Montreal. The neighborhood by Outremont, Rosemont, Hochelaga-Maisonneuve and Ville-Marie. Mostly francophone, there is also a strong anglophone presence that is mostly concentrated in the Mile End. The Plateau is known far and wide for its strong sense of community and culture. Many of the local businesses and restaurants have a reputation that extends beyond the borders of the neighbourhood, and even those of Montreal and Quebec itself. Schwartz's smoked meat restaurant is one such example. At first, the Plateau was a residential area for workers who lived in mostly duplexes and triplexes. However, the gentrification of the area, which started in the 80's, brought a real-estate boom along with it and many new condos were built. The Plateau will interest middle-class people who wish to live in a lively and up-to-the-minute neighbourhood. 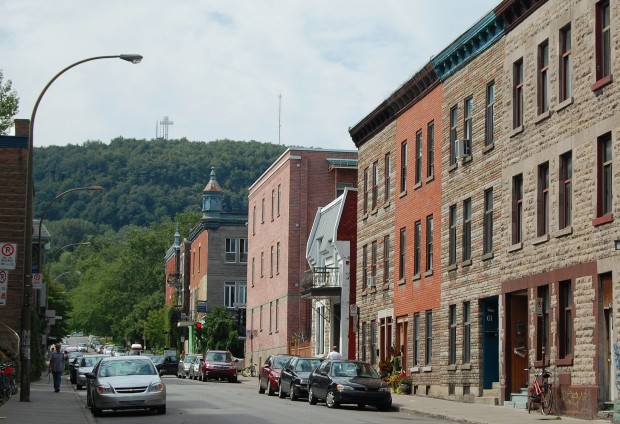 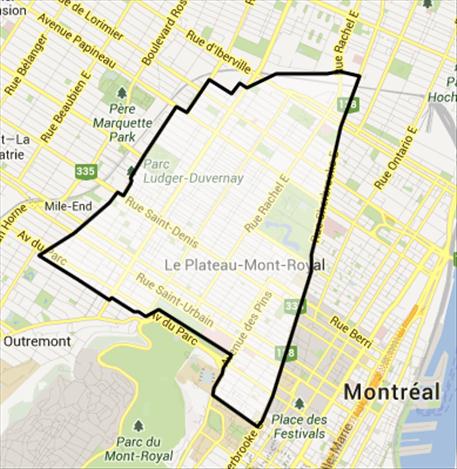 See the boundaries of Plateau Mont-Royal in Google Maps.